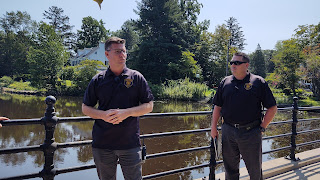 Some video footage of the meeting is here.

Cranbury – The township held an Office of Emergency Management (OEM) meeting on August 24.

It could take months for Tropical Storm Henri damage assessments to be reviewed by The Middlesex County Office of Emergency Management, but Governor Murphy may declare a state of emergency if a certain threshold is met, Lieutenant Ryan P. Dworzanski, Cranbury Township Police Department, who serves as Deputy OEM Coordinator, told attendees.

But during the meeting, with a clipboard in hand, the mayor added to the small list he said he’s been maintaining. It contains the information to contact any locals with issues.

“Just want to make sure we have a single place we can go to… Please do get us a list if you know of any affected homeowners beyond who is physically here today,” he said.

While the damage to homes and businesses in Cranbury, mainly in basements it's believed, runs the gamut, fortunately no houses were taken off foundation and no loss of life was incurred amid Tropical Storm Henri. It was characterized this week by Governor Murphy as a “Low-Wind Storm,” with extremely heavy rain and significant flooding.

“Our governor did not declare a state of emergency,” Cranbury Police Chief Michael J. Owens told attendees at the meeting, which was held on Brainerd Lake Bridge, Main Street.

“So the storm was a little unique in that we did not have an initial state of emergency declared like most storms that roll through,” said the chief, adding that Murphy usually acts quickly in that respect.

But since Cranbury is kind of centralized and within Middlesex County it ticked the highest amount of rainfall (more than nine inches), said Owens – “we’re affected a little different than most of the areas around us.”

Dworzanski, the deputy coordinator, advised residents on how to go about identifying resources, noting that Cranbury is collaborating with Middlesex County Office of Emergency Management. (Other highly affected counties, include Somerset and portions of Mercer County, he said.)

“You as the victims – you are your best advocate right now in documenting your damages to the fullest extent you can – taking photographs, detailed notes and saving all your repair slips. So, when and if that time comes – you guys are ready to move forward.”

While The Federal Emergency Management Agency (FEMA) does have individual assistance programs, said Dworzanki, there are specifications. And FEMA is not a substitute for your insurance, he said.

“If you have insurance,” said the lieutenant, “you have to go through your insurance first.”

Here is video of the meeting in Cranbury.

Update: On August 25, the township provided an update:

Dave Schatz said…
And thanks for reading! 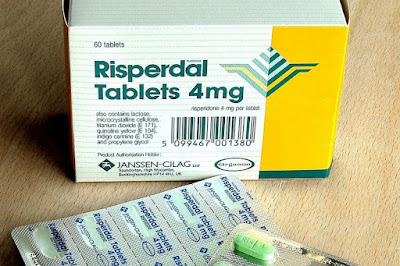