Following an extended struggle to survive and unpaid back rent of $737,000, as of April 25, the business could not work it out with New Brunswick Parking Authority (NBPA), after all.

While the amount owed to NBPA, which owns the space it leased to Kevin Kim of Flushing, NY-based, Kumkang Fruit and Vegetable Corporation to operate the grocery and liquor store was striking, Kim recently told NJ Retail News he wasn't giving up.

“We are working very, very diligently to survive day and night – seven days,” said Kim on May 13, adding that his business was "current and okay."

Kim, who could be found at the store daily in its final days, noted that in the 5-years of running it, “lost a lot of money" but would never "give up.”

“These days I am here everyday to re-set store," wrote Kim in an email to NBPA's executive director, Mitch Karon, according to emails reviewed by NJ Retail News.

If you have time this afternoon, I like to stop by your office," wrote Kim in a March email to Karon.

"Nothing serious but want to let you know new merchandising change. Thx.”

Kim told NJRN the store was "important" to Hub City, citing a sort of "obligation" to hang on.

"We agreed everything and we are good,” Kim said on May 13  of his dealings with NBPA.

Still, he requested a rent reduction from NBPA. In an email dated January 16 to Karon, he wrote: “Dear Mitch,  … As I told you last meeting, Store can not afford to pay more than $20K per month. I have already reduced store in half and even I want to stay & keep maintain the store, I have to leave decision on your hand whether I should stay or leave. Thank you, Kevin.”

Kim told NJRN that the area slows considerably as the Rutgers University spring semester winds down.

“No one is there,” during the summer he said.

“We continue to do the business, that’s all I can say,” Kim said, citing recent merchandising changes related to perishables, among others changes he had personally worked on.

"Sometimes it takes long time to stabilize [a store] because of the size," said Kim. "I have been there five years and we are not making any money. It's not an easy store."

And he expressed disappointment with customer parking options.

“There is no parking,” Kim said. “The customers don’t go up [the Wellness Center Parking Deck] … they circle around … .

Adding to his problems was homeless people in the lobby, he said.

"They are looking for the penny and it looks very, very ugly,” Kim said, adding that it would be "helpful to [his] business" if NBPA could find a use for the  entrance way.

Kim shared that his wife told him to put his "time and energy into something else," but he responded: "Honey, I cannot give up -- I gotta make this one happen."

Walmart, on Route 1 South in North Brunswick, with its “One Stop Shopping” as Kim put it, was “packed,” he complained.

“They are killing the local business,” he said, citing Amazon.com, as well. "That’s why we changed merchandise -- something they cannot handle.”

And so with perishables being  healthy, Superfresh began  displaying more of them explained Kim.

But he said Toys draw patrons to the big box retailer and largest grocer in the US.

"The customer goes there because they have toys -- they killed 'Toys R Us' -- they have a big section of toys to bring in families."

Moreover, he noted that the previous tenant could not survive at the venue his company had such high hopes for.

Nevertheless, they strived to "bring people in,” Kim said, citing promotional mailings to residents of nearby Highland Park and Somerset.

So, the Superfresh, which he considered to have best perishable department in the area and was "full service" as he called it with it's great produce, meat and fish could not hold on.

“They sucked all the business from downtown New Brunswick – I’m not the only one [in trouble],” added Kim on May 13, citing  Bravo Supermarket in Hub City.

Asked about a smaller footprint in the city, he said he had spoken to NBPA to see whether they'd secure another tenant for a possible store within a store arrangement.

"By myself for so long its very lonely, Kim told NJRN, wondering if another business launching within the original space might have created a synergy.

A letter dated April 23, 2018, from NBPA's attorney to Kim, according to public records, informed Kim that he was still responsible for the rent, though NBPA would honor a rent reduction of $35,000.

But later Kim told NBPA's Karon in an email that he wants the rent to be only $20,000 a month, finally writing that it was up to the public entity as to whether he should vacate the space.

"It is waaaay too big. More space means higher rent. It's got the footprint of a large ShopRite and the customer base of a corner bodega. The produce section alone can probably fit an entire Trader Joe's."

The same person posting on Reddit added: "It is failing to find a way to straddle two different customer bases: college students/commuters/professionals and New Brunswick locals. It is hard to be both premium and accessible."

Update: On Monday June 3, the city of New Brunswick released a statement regarding the closure:

When SuperFresh began to falter on their monthly rent payments, in an effort to maintain a downtown supermarket for the benefit and convenience of our residents, the New Brunswick Parking Authority worked closely with SuperFresh management to devise a business plan to maintain the daily operation of the store and to catch up on back payments owed.


This included a reduction of their space and a nearly 60 percent reduction in their rent, with the hopes that they would be able to convert into a successful operation. Despite these efforts, SuperFresh was unable to meet its financial obligations and the NBPA filed for eviction.
June 28 was agreed upon as the final day of business, but store management moved ahead and closed abruptly over the past weekend.
We are disappointed by this outcome, but discussions regarding the future of the space are ongoing as we search for new tenants.

james john said…
The article was up to the point and described the information very effectively. Thanks to blog author for wonderful and informative post.
Kroger Employees Ess Schedule Online
7/30/2020 12:30 PM

tellthebelll said…
Thanks for your information, it really very helpfull..tellthebell
2/23/2021 11:43 AM 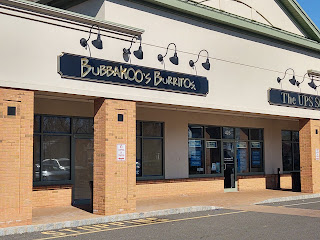 Bubbakoo's Burritos is building-out a restaurant in Spotswood's Renaissance Square mall on Main Street, just North of the Post Office. The shop space was formerly a Subway franchise that closed more than a year ago.  The center's main sign board, along Main Street, already displays a Bubbakoo's sign.   Franchise News Spotswood - A Bubbakoo's Burritos is "Coming Soon" to the township's Rennaisance Square strip mall on Main Street.  It came as a bit of a surprise to this reporter that a new Bubbakoo's is opening only about 8 miles from an existing outlet in Monroe Township. But  Bubbakoo’s Franchise Systems, LLC, which is located in Wall, New Jersey, could even open more units in-between, according to its Franchise Disclosure Document (FDD).  That's because the territory granted to each franchise in the system and spelled out in the franchise agreement is typically only a two mile radius, unless for instance, the franchised unit is located in a
Read more 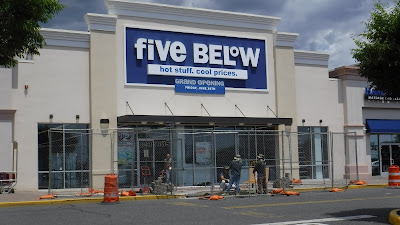